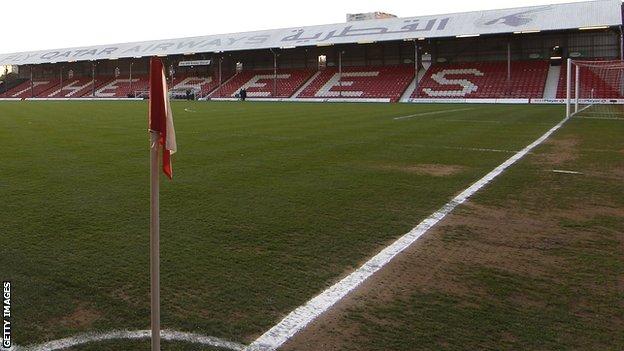 Brentford have launched a 'pay what you can' initiative for home fans.

Bees fans can take advantage of the offer when purchasing advance tickets for the League One match against Stevenage on Saturday, 22 December.

Chief executive Mark Devlin told BBC London 94.9: "Before Christmas there are all sorts of pressures financially on people.

"We're hoping we have made this affordable for our regular supporters and opened up the club to new people."

Fans have to pay the nominal sum of £1 to secure a ticket for the game at Griffin Park, which has a capacity of 12,400.

If supporters pay more than £5 then half of their money above that figure will be donated to the charity Sport Relief.

Any tickets left will be available on the gate at full price.

As of lunchtime on Friday, 14 December the club had sold more than 5,500 tickets for the match.

"We hope to be able to fill the home areas," Devlin continued.

"We hope they will enjoy the atmosphere at Griffin Park and the football they see and will want to come again.

"The football that [manager] Uwe Rosler's team have been playing this season definitely deserves more supporters coming down here.