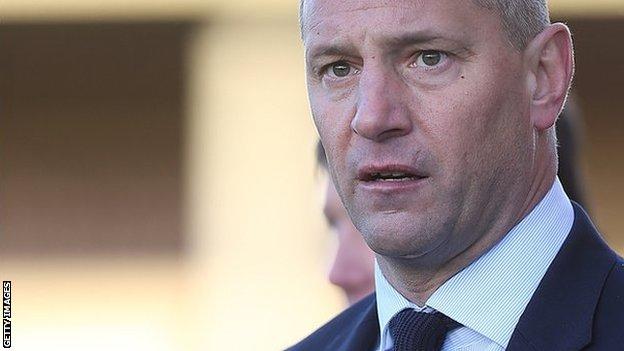 The Imps lost 2-1 to Mansfield Town in their second-round replay and missed out on a dream tie against Liverpool.

But the run has already made a big difference to their finances.

Prescott told BBC Lincolnshire: "When we come to the cashflow throughout the year, we may not need to use next season's season ticket money to keep the club afloat in the close season."

Prescott added: "We can use the money constructively for next season. Any extra income is always welcome.

"We are desperately disappointed to go out but the team performed pretty well, so there are no complaints.

"It was just that we knew what the prize was so we were very excited about that possibility of playing Liverpool at Sincil Bank.

"It's been a good cup run financially. We had a memorable win at Walsall and the supporters have really enjoyed it.

"What was great was the turnout of the Imps fan we had more than 1300 - there there have been a lot of positives.

"Certainly we have made in excess of £100,000 which is great news because we only budget for about £5,000 so that will help us balance the books."

Manager David Holdsworth added: "We've given our all and done everything we can to try and be victorious but sadly it wasn't to be.

"We've got to get the players' heads back up and have that fighting spirit again.

"We've got character, honesty, integrity and desire and I'm proud of them. Not one of them's given anything other than 100% and that's all we can ask.

"The FA Cup run has generated a huge amount of money for the football club."