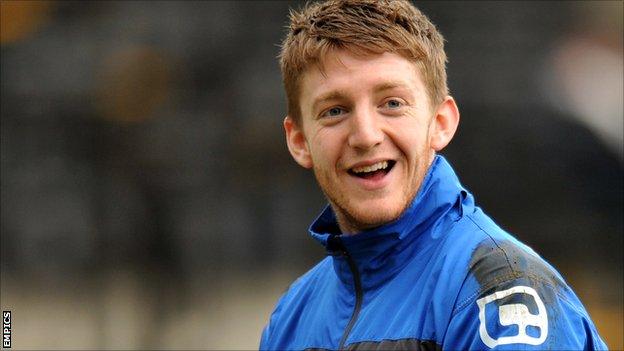 The 20-year-old has made 14 first-team appearances for the Cumbrians since his debut against Norwich City in May 2010, 13 of which were made this season.

"Mark keeps improving and that is good news for all of us," manager Greg Abbott told the club website.

"We have seen already this season that he is ready to do a job. We think he is just going to get better and better."

Gillespie's arrival as a youth-team player in 2008 was followed by a first professional contract in May 2010.

In addition, the Newcastle-born keeper had three months on loan at Blyth Spartans in October 2010.