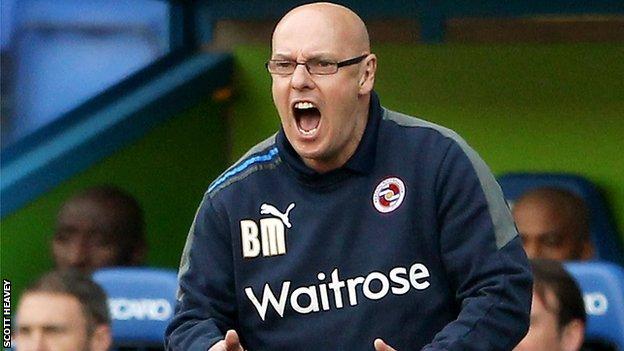 Reading manager Brian McDermott plans to hold talks with Danny Guthrie after the midfielder refused to travel with the team to Sunderland in midweek.

If you're not playing you support the players who are playing

McDermott said: "It's been well documented his head wasn't right to travel, that's what he said. I need to speak to him.

"Everyone wants to play, that's part and parcel of the business."

Guthrie has played just six times for Reading since his free transfer from Newcastle in the summer and his future at the club is in doubt.

"When you're a professional footballer you're paid to play when you're asked to play," McDermott continued.

"If you're not playing you support the players who are playing. We've always had that and it won't change while I'm here."

Reading, whose next game is at the Madjeski Stadium against Arsenal on Monday, have lost their last five Premier League fixtures and are six points adrift of safety.

"The last couple of games have been difficult, there's no doubt about that, but we're playing at home now," McDermott said.