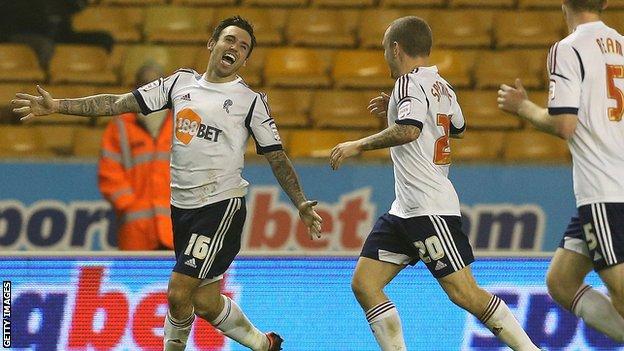 Bolton Wanderers have confirmed that midfielder Mark Davies could be out of action for up to three months after surgery on a shoulder injury.

The 24-year-old suffered the problem in

Wanderers will also be without defender Matt Mills for up to six weeks, after he sustained a thigh injury in the match against the Terriers.

It was hoped that the former Leicester City and Reading centre-back would be fit within a fortnight.

It is a double injury blow for boss Dougie Freedman, who will watch his side host Charlton Athletic on Saturday.

Three of those goals have come in his last five appearances.

in pre-season following Bolton's relegation from the top flight, with the Welsh club having