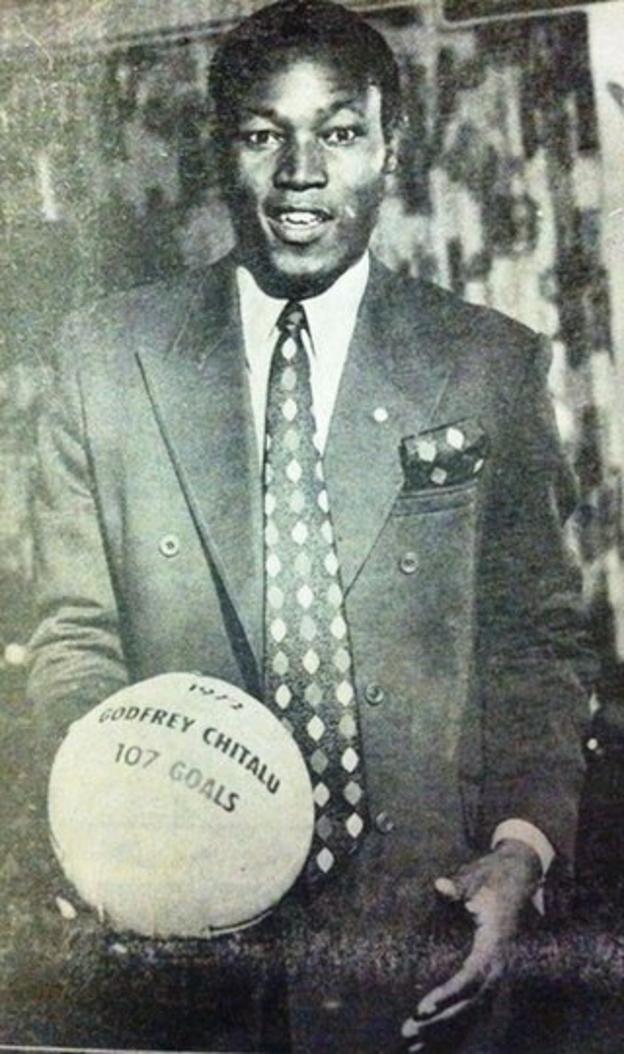 The Football Association of Zambia (Faz) says it will approach Fifa about getting recognition for striker Godfrey Chitalu's feat of scoring 107 goals in 1972.

The move comes after Lionel Messi broke German Gerd Mueller's record of 85 goals scored in a calendar year, the Argentine now has 88 to his name in 2012.

Faz spokesman Eric Mwanza told BBC Sport it has the records to prove Chitalu should be acknowledged for his goals.

"We want to make it very clear that it is not a question of authenticating, or trying to verify or see if he actually scored the goals - that is not in question," he insisted.

"What is in question now is why has he not been recognised, and that is what we are looking at now.

"We are sending communication to the Secretary General of Fifa, Mr Jerome Valcke, to look again into the matter of Godfrey Chitalu."

However Fifa has told BBC Sport that the only statistics it maintains relate to the competitions it runs, for example the various age group World Cups.

Therefore football's world governing body says it is not possible to ratify or authenticate any record linked to club football, including the goals scored by Messi and Mueller.

After his playing career Chitalu went on to be a coach eventually leading the Zambian national team.

He died along with 29 other people, of which 18 were Zambian internationals, in a plane crash off the coast of Gabon as the team travelled to Senegal for a World Cup qualifier.

Mwanza also added that 1972 was not the first time that Chitalu had been so prolific.

"There's no doubt, my father was in the FA and I've seen a lot of games in my time," he stressed.

"Kabwe Warriors, for whom Godfrey Chitalu played, is a legendary team in our country.

"Their front line had Godfrey Chitalu scoring all the goals - and even for the national team, this man did a lot.

"So I think it would be important for people to recognise his feats."

Bwalya, played under Chitalu when he coached the national team in 1993, says he does not want the talk of Chitalu to detract from Messi's goals in 2012.

"I think it's phenomenal to do what Messi has done," he said.

"Some of us have seen players like Pele, Platini, Maradona and Van Basten, as a former footballer, in the modern-day it is so difficult to score even 20 goals - so don't take anything away from Messi.

One unofficial Zambian football website claims that Chitalu in fact scored 116 goals in 1972 but has discounted the first nine he scored in the African Cup of Champion Clubs.

He reportedly scored the goals over two legs against Majantja of Lesotho in the first round of the tournament but the site does not count the goals for unknown reasons.