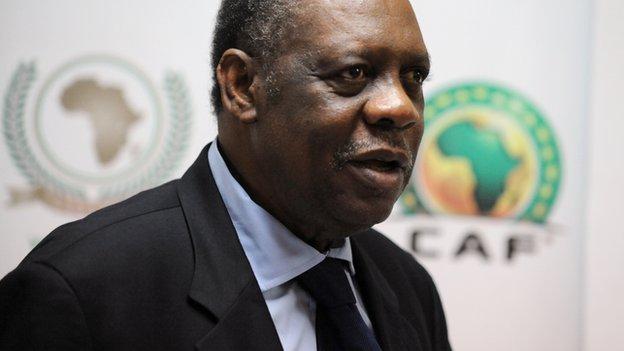 Liberia has re-filed its case against the Confederation of African Football's presidential election rule changes with the Court of Arbitration for Sport.

Last month, the court said it could not rule on the original case as it had been submitted too early.

Liberia FA chief Musa Bility says his body has chosen to forego an appeal with Caf, despite Cas instructions.

"If we waited for the Caf appeal process to take place, it would cause irreparable damage," said Bility.

Bility says that any appeal would not be heard until Caf's next General Assembly in March 2013, the same meeting when the presidential elections are due to be held.

On 30 November, Cas said it was unable to get involved as it recognised Caf's own internal appeals procedure, which must be followed before any bid to the Switzerland-based legal sporting body.

The LFA has chosen to formally lodge its disapproval with Caf instead, protesting over the changes to the organisation's statutes that took effect in September - which effectively meant that only current incumbent Issa Hayatou could contest the presidential election in March.

The new amendment states that only voting members of the Caf executive committee can run for the presidency - which prevented Jacques Anouma and Danny Jordaan from bidding for the role.

This ruled out both Anouma, one of Africa's representatives on the executive committee of world governing body Fifa, and South Africa's 2010 World Cup chief Jordaan.

Ivorian Football Federation chief Anouma, who has been nominated by his organisation to run for the top seat in Caf, reacted to Monday's announcement that confirmed Hayatou as the only candidate for the presidency by labelling it 'scandalous'.

The Cameroonian, who is bidding for a new term that will keep him in power until 2017, has been in charge of African football's ruling body since 1987.

In their original appeal to Cas, the Liberians raised a number of technical violations that it believes make Caf's new rules invalid. These include:

•The Liberian FA having no awareness of the rules being ratified by Fifa, as is required by the world governing body.

Next March's Caf presidential elections will take place in Morocco.