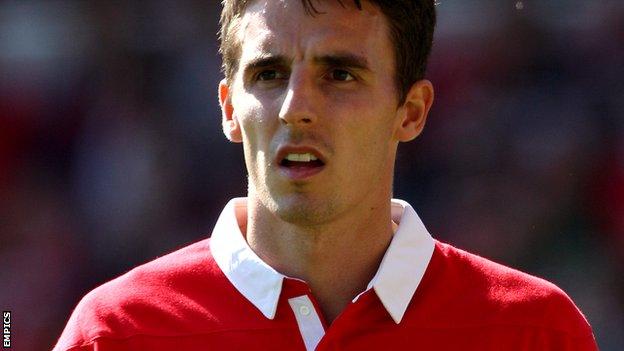 The 26-year-old joined the League One side in September and has scored six times in 17 appearances for the Latics.

His loan at Boundary Park expires after Saturday's game at home to Swindon, although Oldham want him to return.

"It will be his last game of this loan spell, but we're hopeful we can get something done in January," manager Paul Dickov told BBC Radio Manchester.

Former Blackburn and Birmingham front man Derbyshire from Greek side Olympiakos in August 2011, but has played just 16 times for the Championship club.