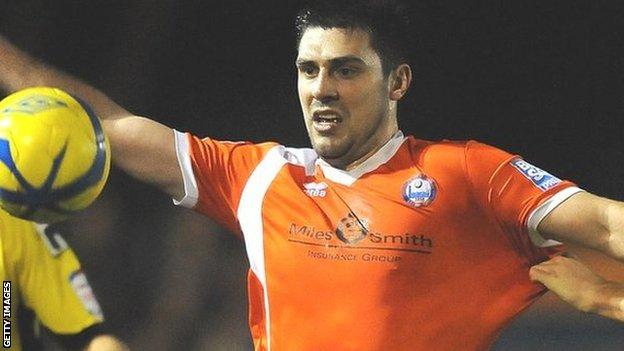 Sean Marks tucked home a loose ball to give Braintree the lead and Luke Daley's 12-yard volley made it 2-0.

The hosts had Ryan Peters sent off for a second booking and Chris Stokes' close-range header reduced the deficit.

Kenny Davis scored Braintree's third from the spot after Aarran Racine felled Marks, while Rovers had Omar Koroma dismissed for a second caution.

"I thought from start to finish we were worthy winners of the game. We set our stall out early, gave them a good game and put them under pressure.

"We played a high-tempo game, which the two forwards suited, and we've got two wide boys who are quick, so we try and use them.

"(Sean Marks) was a handful all night for them, but the players around him worked hard.

"I thought it was a good performance from the middle of the pitch, through the two centre-halves, the two central midfielders and the two boys up front."

"We can go on about missed chances and decisions, but it wasn't good enough. It's the poorest we've played all season and I'm embarrassed by it.

"They turned up to compete and we haven't. We didn't deserve anything from the game.

"Whatever the reasons, when you step over the white line, there's no excuses."