It was all about late winners in the Premier League this weekend.

Manchester United's Robin van Persie snatched the points from rivals City in a classic derby, while another late winner for Everton over Tottenham took the Toffees into fourth spot.

Meanwhile, Norwich beat Swansea to continue their impressive run of form in one of a number of outstanding games.

Take a look at my selections and see whether you agree with my picks. 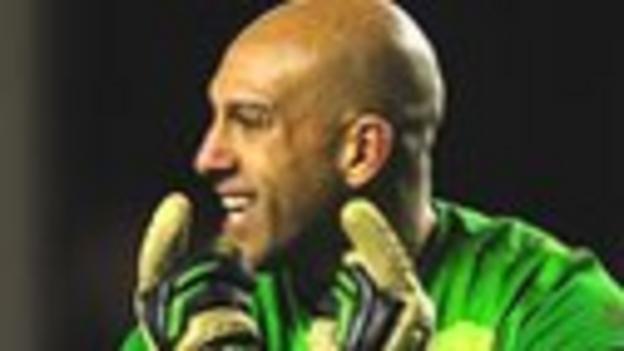 If ever there was a goalkeeping performance that kept a team in with a chance then this was it. All the headlines will go to match-winner Nikica Jelavic but had it not been for Tim Howard who produced a string of fine saves, including one from Clint Dempsey, the outcome would almost certainly have been different. Instead, Howard's performance was the catalyst to an amazing turnaround. 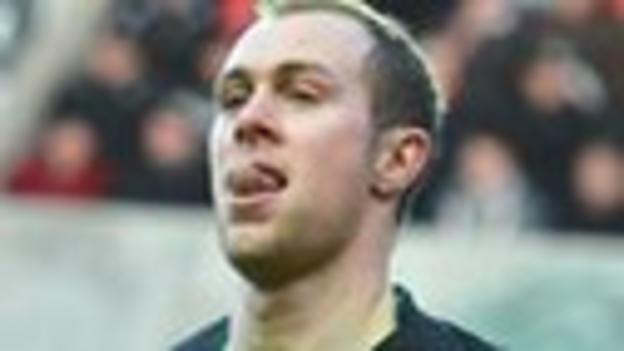 What a revelation this lad has been for the Canaries. He joined from Rangers only to sustain an injury almost the moment he arrived at Carrow Road which kept him out for weeks. Since his return he has slotted into the Norwich defence brilliantly. His first goal for the club and in the Premier League was a superb individual effort. Made on his right side and finished beautifully with his left. Another full-back who can use both feet.

Did you know? Whittaker scored the second goal of Rangers' 2-0 win over Sporting Lisbon in the Uefa Cup quarter-final second-leg in 2008. 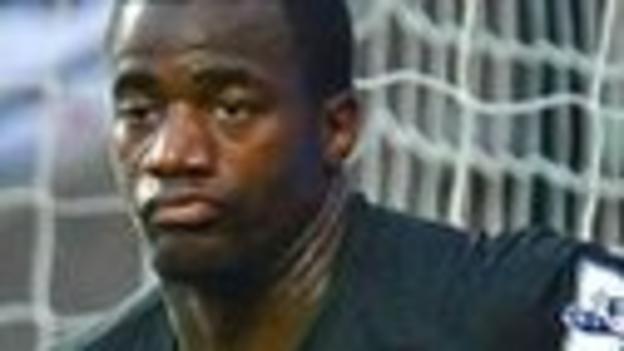 What was Bassong doing that far up the pitch in open play anyway? That was the question I asked myself when the centre-back put Norwich City two up against Swansea. I don't normally pick defenders who concede three goals in a match, but this was such an extraordinary game that I thought I would make an exception. Norwich did score four after all.

Did you know? Bassong has now scored three goals in four Premier League appearances after only bagging two in his previous 94. 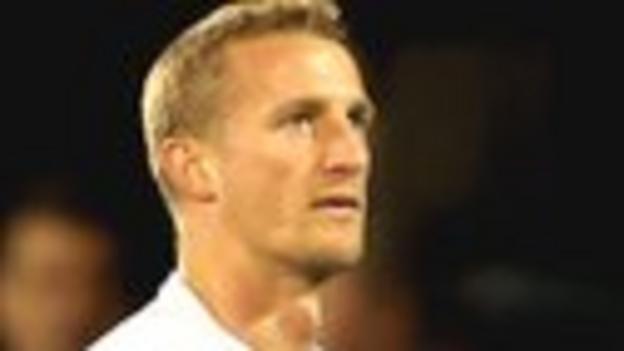 I saw him get sent off at Craven Cottage for a two-footed tackle against Sunderland, and Fulham paid a heavy price with a three-match suspension. Against Newcastle he was back to his commanding best - winning every ball and looking like he had never been away. The smiles and relief on the Fulham players' faces told its own story. Hangeland's back and so too are Fulham.

Did you know? Fulham have taken 1.46 points per game with Brede Hangeland in the team this season but only 0.33 without him. 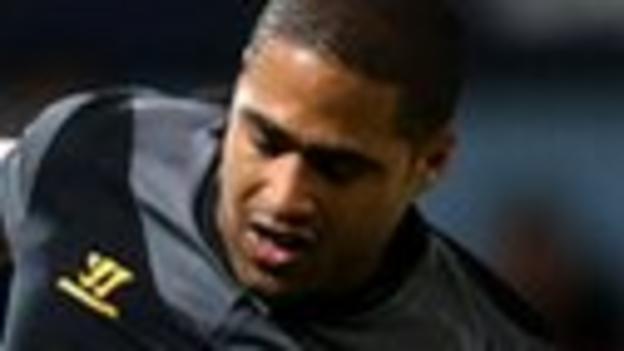 Glen Johnson doesn't score tap-ins. Left foot or right, it doesn't matter - when he scores they are normally wonderful individual efforts or spectacular strikes. His goal against his former club West Ham was in the 'spectacular' category. It wasn't just his goal but his overall play that was so impressive. West Ham never came to terms with his attacks down the right. In a week that saw Steven Whittaker, Pablo Zabaleta and Seamus Coleman all have exceptional performances, it's Johnson who gets my vote.

Did you know? Johnson has scored in his last three games against his former club West Ham. 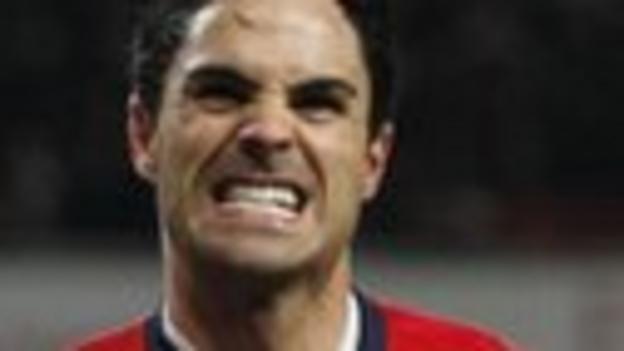 Mikel Arteta could only do what he was asked and that was to put the penalties away against a battling West Brom. Yet the fact that Arsenal were given any spot-kicks remains a travesty. Alex Oxlade-Chamberlain should have been penalised for a foul on Goran Popov before he was brought down by Chris Brunt. As for Santi Cazorla's amateur dramatics, the least said about that the better. 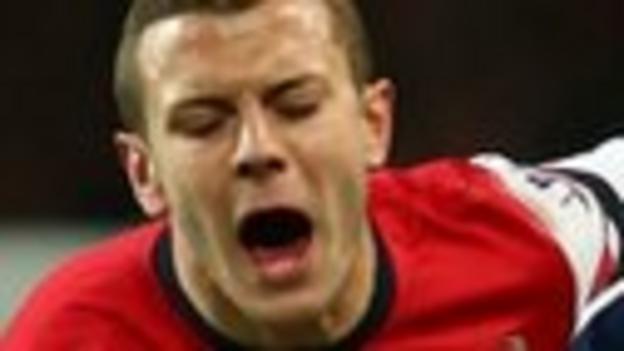 He gets better with every game. Prompting and probing in order to keep Arsenal in total control of the game. He certainly has a number of growing admirers, including Alan Hansen, who are paying a great deal of attention to him. Let's hope Jack's game continues to grow for England's sake.

Did you know? Wilshere has scored just one goal in 43 games and 3,124 minutes of league football for Arsenal. In the Champions League he has two goals in 13 games (918 mins). 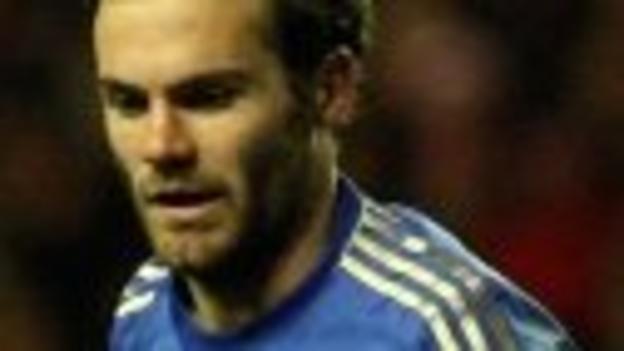 This lad is slowly becoming my favourite Premier League player of the season. His pass for Eden Hazard in the opening minutes of the game against Sunderland was simply sensational. He makes defence-splitting passes almost at will, scores the most exquisite goals and works like a Trojan.

Did you know? Mata has already matched his goal tally from his opening season (six), but five have come in away games (all six came at Stamford Bridge in 2011-12). 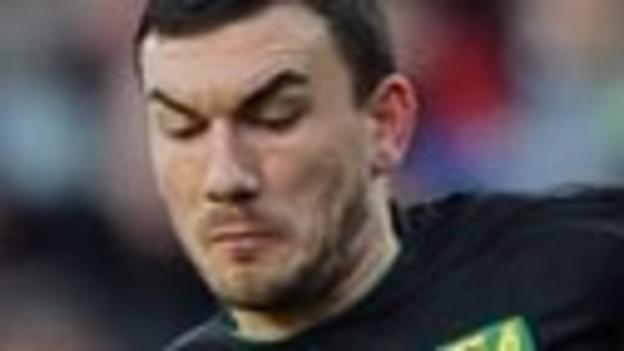 He scored the winner against Swansea and could have sealed the match earlier on in a first-half performance by the Canaries that was nothing short of breathtaking. Precisely what manager Chris Hughton has done to create this turnaround at Carrow Road is a mystery but it's a brilliant achievement. Looking at Newcastle's recent form it suggests owner Mike Ashley got rid of the wrong man.

Did you know? Snodgrass is the first player in the Premier League this season to assist two or more goals and score in the same game. 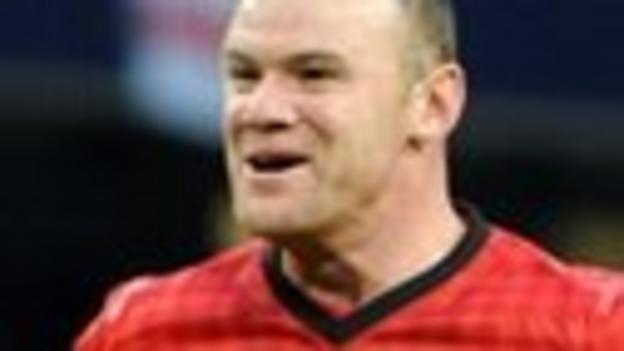 Manchester City simply couldn't handle United in the wide areas and Wayne Rooney was the beneficiary in the first half. He scuffed his first goal, leaving keeper Joe Hart to watch the ball roll agonisingly into the corner of the net. His second was created by Rafael who was unceremoniously brought off last week at Reading only to return to the line-up.

Did you know? Rooney is the youngest player to ever score 150 Premier League goals; 27 years, 1 month and 14 days. 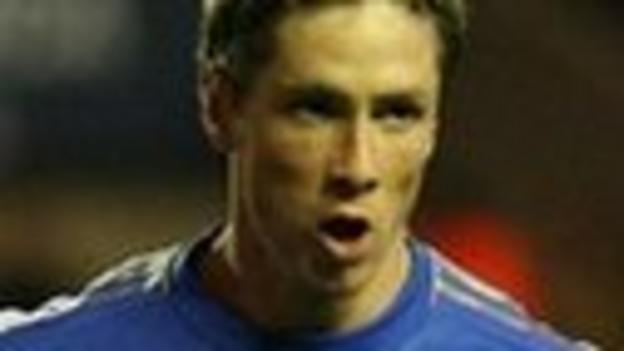 Woeful against West Ham last week but looking more like his old self this week. One of the many considerations for the appointing of Rafael Benitez as Chelsea manager must have been to get the Spanish striker playing well again. I'm not getting carried away with Fernando's brace against Nordsjaelland in midweek. That was reminiscent of a training match in Cobham. His goals against Sunderland, however, were a different kettle of fish entirely. His confidence is returning, there's no doubt about that.

Did you know? Torres' first goal this weekend ended a run of 12 hours and 30 minutes without a Premier League goal. His second was his first ever penalty in English club football.