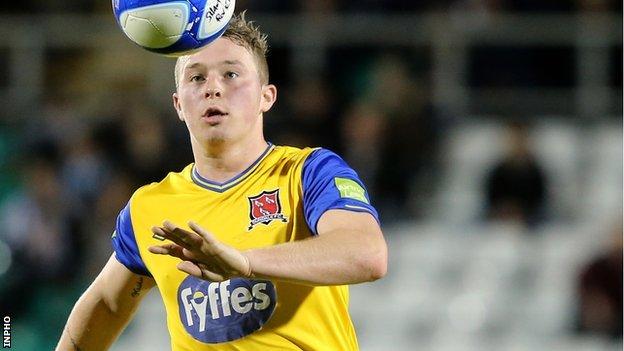 Derry City have completed the signing of striker Michael Rafter from Dundalk on a one-year contract.

The 20-year-old is manager Declan Devine's third signing of the close season following the captures of Paddy Kavanagh and Sean Houston.

Rafter, from County Tipperary, netted two goals for Dundalk in the second leg of their promotion-relegation play-off win over Waterford United.

Rafter's move from Oriel Park comes after new Dundalk manager Stephen Kenny, who had two spells in charge of Derry, made a string of close-season signings.

Derry hope to secure the services of another Dundalk striker Mark Griffin but have to agree on compensation.

Meanwhile, the future of Derry striker Davy McDaid remains unclear after he had a trial with Fleetwood Town last week.