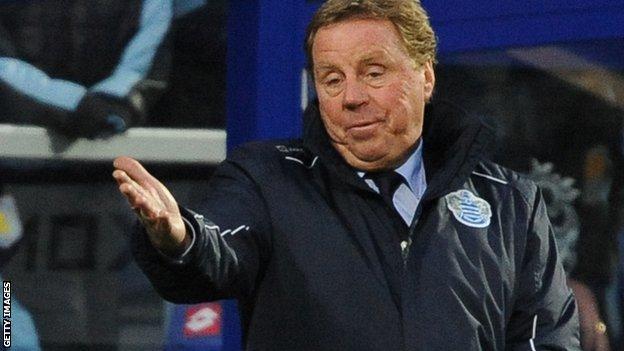 QPR boss Harry Redknapp has backed his players' decision to cancel their Christmas party in light of their current plight.

The club are bottom of the Premier League, seven points adrift of safety after 15 matches and are still searching for their first win.

"I'm not a fan of Christmas parties and we've got nothing to celebrate," said Redknapp.

"We need to focus on our football now - it's the busiest time of the year."

QPR have drawn their last two games under Redknapp, with Wigan their next opponents on Saturday.

Three years ago, while in charge of Tottenham, Redknapp stopped his players holding a party after his team lost to Wolves, four days after Robbie Keane organised a trip to Dublin.

Speaking ahead of his third game in charge, Redknapp said that he would give Israel defender Tal Ben Haim a trial with the club.

Ben Haim, 30, who has had spells at Bolton, Chelsea and Manchester City, has been without a club since leaving Portsmouth in August.

"He looks very fit and I have let him come in and train, we will see where we go in the next couple of weeks."