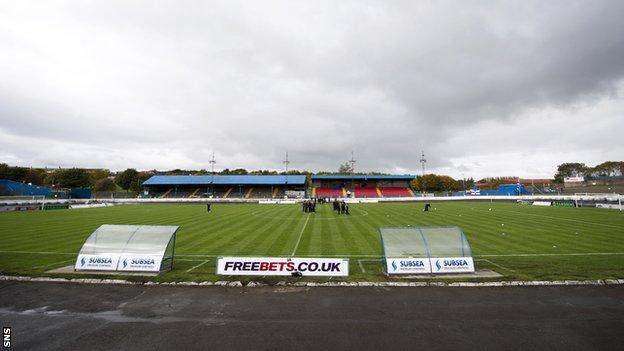 The Scottish Cup tie between Cowdenbeath and St Johnstone, due to be played on Wednesday evening, has been postponed for a fourth time.

The Division One club's pitch is still frozen but it is hoped it will be playable on Monday 17 December, when the teams will attempt to contest the tie, with a 19:45 GMT kick-off.

The winners will face St Mirren in Paisley in February's fifth round.

Cowdenbeath are at Falkirk on Saturday, while St Johnstone host Hearts.

The match was originally meant to be played on Saturday 1 December but the continued cold snap has put paid to rearranged matches on 4 and 10 December, and now Wednesday 12 December.

Cowden have not now played since losing 1-0 away to Morton on 24 November.

Dumbarton hope to play Hamilton in their Scottish Cup fourth-round match on Wednesday. It, too, has been postponed three times.