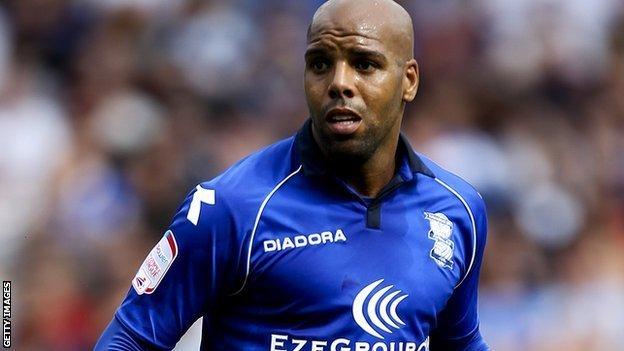 Wolves ended a run of six home games without a win as they beat Midlands rivals Birmingham at Molineux.

The victory came courtesy of a Marlon King own goal and also helped ease the pressure on Wolves manager Stale Solbakken.

Blues striker King sliced a Bakary Sako free-kick into his own net after 34 minutes and his side failed to recover.

Wolves applied plenty of pressure in the second half but could not get a second goal before seeing out the win.

Wolves had beaten Bristol City last time out and overcoming the Blues gave them back-to-back wins for only the second time this season.

The defeat added to Birmingham's struggles and, despite starting promisingly, they went behind.

King's attempted clearance at the near post only resulted in him diverting Sako's free-kick past his own keeper Jack Butland.

Wolves should have put the game beyond Birmingham's reach in the second half but Kevin Doyle shot wide, while the impressive Butland saved from Stephen Ward.

Butland's performance will have enhanced his reputation and he pulled off a superb instinctive save to keep out Bjorn Sigurdarson's header.

The Blues keeper even went up for a late corner but the visitors could not find an equaliser.