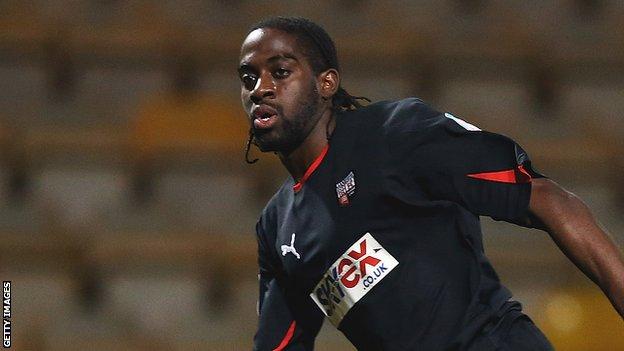 The visitors had led twice in the game, Ryan Lowe opened the scoring after latching onto Stephen Gleeson's pass.

Donaldson equalised before the break after good work from Harry Forrester, only for Gleeson to restore the Dons' lead with a precise finish.

Forrester turned in a loose ball to make it 2-2 and Donaldson bundled in his second for the winner.

"I'm absolutely delighted with the performance and with the result. We knew that physically and mentally we'd have to be at our best.

"We knew that we had to be brave because of the physical demands of today.

"MK Dons are probably one of the best teams in the league and our best defence was to attack."