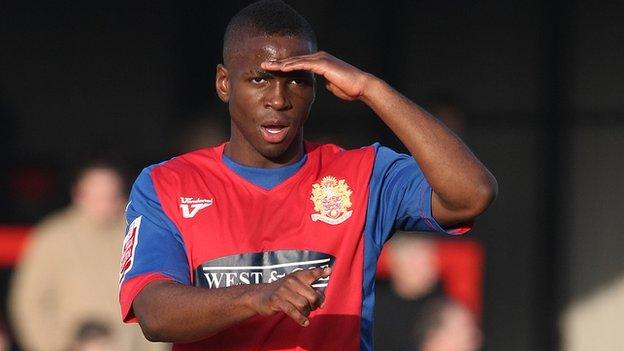 Dagenham & Redbridge skipper Abu Ogogo put the ball in his own net to hand Torquay United a narrow victory.

The Gulls went ahead when Danny Stevens pounced from close range after Rene Howe's cross-shot was palmed on to the bar by keeper Chris Lewington.

Matthew Saunders brought the Daggers level with a low shot which nestled in the bottom corner.

But they were denied a share of the points by their own captain, as Niall Thompson's cross went in off Ogogo.