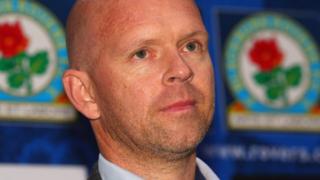 Berg also discusses the arrival of striker Josh King, who joined Rovers from Manchester United before the loan deadline on Thursday.

The Norway international, 20, is poised to make his debut against Millwall on Saturday.