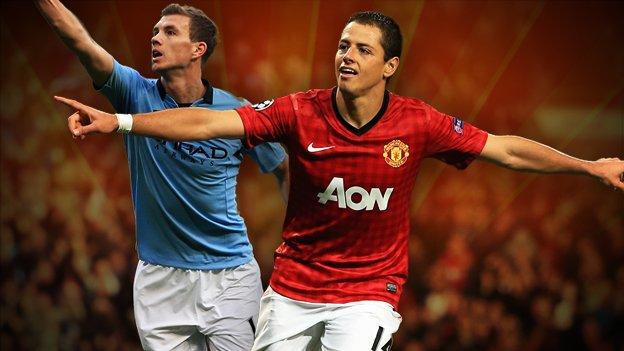 It is the position no footballer wants to play.

Benched, dropped, left out - from the moment it was introduced to football in 1953, life as a substitute has been misunderstood and maligned.

It meant you were good, but not quite good enough. The 12th man in an 11-man game, an outsider, a reject.

David Fairclough, who made his name as the original supersub in the 1970s when Bob Paisley was manager of Liverpool, admits it is not a label that sits comfortably with him.

"I hated sitting on that bench, despite what people might think," he told BBC Sport. "It was frustrating, horrible at times. At the start of my career, I was just grateful to be involved. But that changed, of course.

"There were games when we were two or three up but Bob didn't even think of bringing me on. It was cowardly. He knew the senior players didn't want to come off. They'd give him trouble but he knew I wouldn't give him any hassle."

And yet in the era of squad rotation and packed schedules, perceptions are changing and the statistics this season show that substitutions are already shaping the landscape at the top of the Premier League table. The supersub is firmly back in fashion.

Manchester City, for instance, would be seven points worse off without the intervention of their substitutes, while Manchester United would have five fewer points. Liverpool, in contrast, would be on the same points total, reflecting the lack of depth at Brendan Rodgers's disposal.

"It is a different game now," Fairclough added. "You have 18-man squads, but it was lonelier in the past. You were the only substitute, with 11 others all going out to play. Now there are six other lads getting changed next to you feeling the same way.

"In years gone by, it was about continuity and consistency of selection. Change was bad. Now it is all about changing games."

The Manchester giants occupy the top two positions in the table on the back of 29 points' worth of comebacks (United 15 points, City, 14). The top four teams are also the four who have gained the most points after being behind. It all adds up.

"Players like Edin Dzeko and Javier Hernandez are worth their weight in gold," Fairclough added. "To be able to come on, get up to speed and make a key pass or score a goal in those last few minutes is a gift for a manager. But it's an art, not luck."

Jose Mourinho carved out a reputation for bold decisions during his first season at Chelsea, making 12 double-substitutions and 14 half-time changes on the way to winning the title.

At United, Sir Alex Ferguson found in Ole Gunnar Solskjaer a player who thrived coming into a match as the opposition defenders grew weary and space opened up. He has since found another.

During United's 3-2 victory over Aston Villa, Hernandez came on at half-time, shortly before his side went 2-0 down. In the 40 minutes that followed, the striker they call Chicharito had three shots at goal and all three led to goals that turned around a lost match.

Against Spurs, Dzeko came off the bench to win the game for City with a key pass and a goal in the 17 minutes he was on the field. The Bosnia striker has more goals than Sergio Aguero and Carlos Tevez this season and yet both have more starts. But in the three league matches Dzeko has started, he has scored just one goal and City have won only one of those matches.

There are few more self-satisfied sights than the manager whose substitution has just turned a match. Ferguson has said a manager's most important trait is "he must be able to make decisions."

But there's little scrutiny of how the decision-makers use them.

A former professional footballer in the United States, turned business professor, has a theory that links the effectiveness of substitutions to their timings.

Bret Myers has tested it against 1,800 fixtures across England, Germany Spain and Italy and believes that if a team is behind, it is vital for the manager to make his first substitution before the 58th minute.

If that team continues to trail, the assistant professor at Villanova Business School adds that a second change must come before the 73rd minute. If that hasn't worked, a third and final change should be made before the 79th minute.

"It has been found that teams are roughly 40 to 45 per cent successful when following the rule and 18 to 22 per cent when not," Myers writes.

The days when randomness affected decisions, or when managers had an inkling that their striker would win for them are gradually being consigned to the past.

More and more, managers are studying the impact and effectiveness of their substitutions. Before long the "you don't know what you're doing" chant may not apply. Convincing the players may be a little harder.