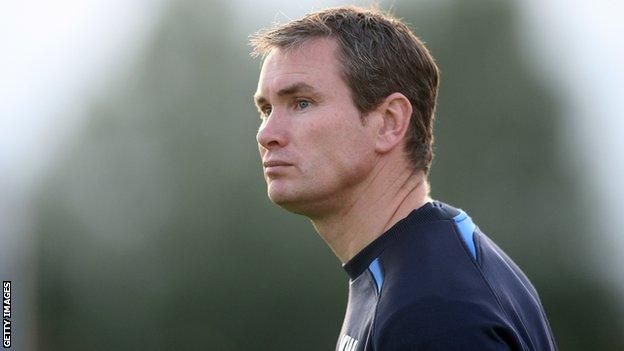 David McNamee, Neil Cartwright and Mark Noon were out as Boro exited the FA Cup with a 2-0 loss to Luton.

"The form we are showing at the moment is not good enough," Wilkin told BBC Coventry & Warwickshire.

Like I've said a few times before I think we should be sat on another five or six points.

"If we can clear out the injuries we have got to about five key players and get a couple of them back it could make all the difference."

The 45-year-old continued: "Having so much money tied up on the treatment table is making my life difficult.

"But I don't think there's any lack of belief in those players."

Nuneaton have struggled in the Blue Square Bet Premier this season following their promotion last year, and find themselves bottom of the league and six points adrift of safety after only two wins all campaign.

On Saturday, Boro welcome Stockport to Warwickshire, and Wilkin believes that despite his side's dismal form, they have a chance of turning their fortunes around at the weekend.

"If we play like we did in the second half [against Luton] then I think there is every reason to believe we can get a result," Wilkin said.

"We need to maintain that belief, we'll get in on Thursday and work hard at it and get a smile on our face.

"Like I've said a few times before, I think we should be sat on another five or six points.

"But it's a mighty tough league and we are battling and learning all the time. We need to learn quick but hopefully we will do."