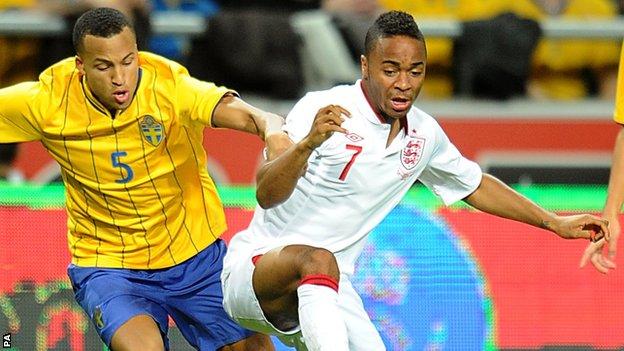 "If you carry on the way you're going, by the time you're 17 you'll either be in prison or playing for England."

Fortunately for Raheem Sterling it was the latter. The firefly Liverpool winger never doubted which path his life would take, even if circumstance made it far from certain. A journey that began in a notorious district of Kingston, Jamaica, surged past its latest landmark when the 17-year-old made his England debut against Sweden on Wednesday.

Having taught Sterling at Vernon House Special School, less than a mile from Wembley Stadium, Chris Beschi, was one of them.

Beschi, who seven years ago warned the precocious youngster of the dangers life might have in store, said: "My first memory of Raheem was of him walking into our school with long plaits in his hair and massive smile on his face. He was probably about two-and-a-half foot tall and I remember thinking 'I can't believe a kid who looks that happy and that cute is here.'"

Sterling had been removed from his mainstream primary school because of behavioural problems. He was living with his mother Nadine on the tough St Raphael's estate in Brent, having moved to England from Maverley, Jamaica, where he had lived until the age of five.

"He was a tiny little ball of energy and sometimes that would tip over into anger and he would get aggressive with other kids," Beschi added. "But from the first day he joined the school it became evident that he had a talent for football that was beyond his years. Way beyond his years. 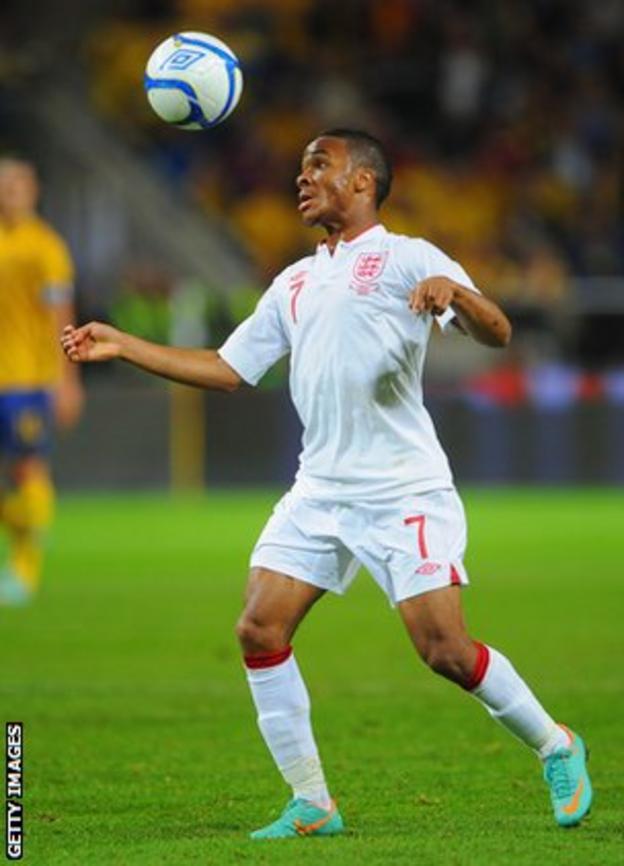 "He was always happy playing football and he played grinning and laughing as he put the ball through your legs. He found it hilarious how much better he was than you. I played against him everyday. We played with five kids and five adults on each team. Having Raheem on your side was better than having an extra adult."

Nearby, Wembley Stadium rose from the crumbs of a building site during Sterling's time at the school, a constant reminder of the possibilities as he attempted to stay out of trouble.

"I don't want to paint him as a fairytale character - a young, urban, naughty boy who turned it all around. But there is an element of truth in that.

"But there is also a continuous line of hard work, passion, naive enjoyment and a ridiculous work ethic. When mainstream society says 'you're failing by our standards. You are at the bottom of the pile. You're in danger' you are bucking the trend if you turn that around. Raheem had the potential to do the wrong thing, to blow it.

"I did say to him that if he carried on the way he was going he would either be playing for England or he'd be in prison. But years later when I turned on the TV and saw him playing for England Schoolboys against Spain I almost fell off my seat. It made me hysterical with joy. I got my wife and kids in and said 'He did it. That's him!'"

The hype machine tends to go into overdrive when somebody makes his England debut at such a tender age - Wayne Rooney and Theo Walcott spring to mind - but in this case even Roy Hodgson has been forced to concede Sterling's rise has been "meteoric".

At Liverpool, Brendan Rodgers and his coaching staff speak of Sterling as one of the most tactically aware young players at the club, someone who appreciates the unique demands of his position and has the flexibility to take up more central roles when the opportunities present themselves.

Rodgers was the manager fortunate enough to give Sterling his chance, but it was Rafael Benitez who invited the then 15-year-old and his mother for a tour of Liverpool's training ground in February 2010, in the knowledge that Manchester United, Manchester City and Arsenal were circling. Steven Gerrard joined them to provide a dash of stardust and Sterling was given the hard sell and told he would not simply be viewed as a prospect but as a player destined for the first team.

Kenny Dalglish saw his potential quickly. One of the first moves he made after taking over as caretaker manager was to promote the highly rated teenager to the A-list of Liverpool's Europa League squad. Two months later Sterling was included in the squad for the Europa League tie away to Sparta Prague, only because he was on half-term holiday from Rainhill High School, where he spent the final year of his senior education.

Now his only full-time education comes on the football pitch. Although at times he still resembles that smiling boy in a man's world, there is a steel beneath that grin that will ensure he stays on the right path.