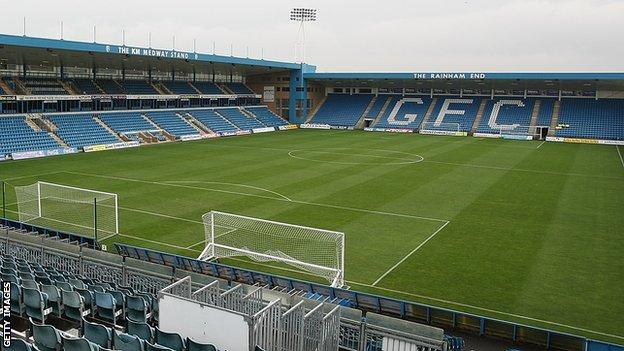 Gillingham have completed the signing of central defender Devante McKain from non-league side Maidenhead United for an undisclosed fee.

The 18-year-old has signed an 18-month deal with the option of a further year.

Gills boss Martin Allen told BBC Radio Kent: "I've watched him quite a few times and he his quick, strong and good in the air.

"He'll go into the development squad. We've got a nucleus of young players who we are trying to build up."

The centre-half, who is on loan from MK Dons, could feature in next Tuesday's friendly against England at Bloomfield Road.

"It's a fantastic achievement and it's great for the club," Allen said.

"I know he's an MK Dons player but to have an Under-21 international is a fantastic thing for the club.

"All the players gave him a standing ovation in the dressing room. I'm really pleased for him."