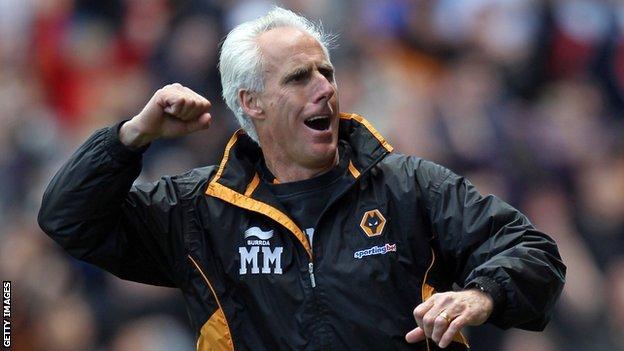 Mick McCarthy once said that his initials do not stand for Merlin the Magician.

But Ipswich owner Marcus Evans has a few conundrums for his new manager to perform.

Namely, pulling Town off the bottom of the Championship table, arresting a slide of one win in 13 games, sorting out an ever-changing squad and lifting a five-year malaise that has lingered like a puff of smoke around Portman Road.

Or, as McCarthy put it himself to the press on Thursday: "This is an opportunity at a great club, with a great a fanbase and a terrific history to it.

"What it hasn't got at the moment is a particularly good team."

It should be a good team though and, rather than show signs of getting better, Ipswich have worsened over time, without any sign that a fix is around the corner.

Evans bought the club five years ago. The plan was simple. Spend some money, get the club into the Premier League and the rest will sort itself out.

But the best the Suffolk side have achieved in that time is an eighth-place finish. That came under Jim Magilton in the 2007-08 season. He followed it up by coming ninth the following year and was subsequently sacked.

Since then, the best Roy Keane and Paul Jewell have managed is 13th.

Keane came with promotion credentials, having taken Sunderland to the Premier League, and Jewell, similarly, had achieved the feat with Bradford and Wigan.

It may suggest the problems at Portman Road run beyond who is picking the team and McCarthy, himself a member of the Championship promotion club with Sunderland and Wolves, admits it is worrying that his predecessor could not get the job done.

Marcus StewartFormer Ipswich striker who played for McCarthy at Sunderland

"He will get respect instantly. He talks to you in the right manner and tone. You want to play for him straight away.

"What you see is what you get. He's fair and honest, I'm sure it's the right decision to appoint him.

"He's got fantastic experience. In the Championship he's got Wolves and Sunderland promoted.

"Over the course of the season they will improve under him and improve even further next season."

"It does concern me," he said. "Because I know Paul and Paul's a good man. But Paul's gone and it's up to me to take the challenge.

"If I can't do it with the players that are here I'll go ask Marcus - I'll give him a review after two weeks here and say 'we need some bodies'. He doesn't want to be getting relegated and nether do I. He'll support whatever I want to do - within reason."

Support is something Evans has given freely - be it with cash or time. Jewell's plight at Ipswich was drawn out - agonising to watch at times - as the sought after moment of clarity, where everything changed for the better, never came.

And Evans has consistently thrown money at the project - at the last count the club was nearly £67m in debt to the elusive businessman.

Jewell spoke fondly of his relationship with Evans, even after his departure, and McCarthy has suggested the owner's influence has no baring on where the club is.

"He's a good guy. Honest and straightforward, which I liked," said the former Republic of Ireland boss.

"I wouldn't have taken the job otherwise. Because the last thing you want is to be bottom of the league, a malaise around the place, everybody's struggling and I go and meet the owner and I don't like him - that's not going to happen is it?

"He's a busy fella but I think he supports his manager in the right way by giving him the tools for the job."

And what about Evans's distance? His lack of presence and public profile?

"He's not a coach is he?" McCarthy quipped. "He doesn't do any massages or physiotherapy. I want his support whenever it's necessary and I know I'll have that."

Mick McCarthy has managed all his three clubs (Millwall, Sunderland and Wolves) to the First Division/Championship play-offs and led the latter two up to the Premier League as champions

And that swift retort could demonstrate where Ipswich's biggest hope rests - on McCarthy's ability to lift his players, lighten the mood, brush off the cobwebs and even whittle out the ones who are coasting, too comfortable.

McCarthy's character can do that of course. The Portman Road media room was as busy as it had been for months when the new man was unveiled on Thursday.

The powerful presence, no-nonsense attitude and quick, sharp wit had swept away the familiarity of weekly questions about another defeat or an inability to hold a lead.

His answers were honest and frank. The message was simple. Stop blaming each other.

"I said to the players this morning, 'we've conceded more goals than anyone else'," he explained.

"And of course you get 'it's the keeper to blame or the back four are to blame - it's never me'.

"But it's a collective thing. It's so easy when you're losing to be pointing the finger elsewhere and not at the root cause. I don't know what the root cause is right now."

This has to be the appointment that works for Evans. Because if Magic Mick's wizardry fails to lift Ipswich out of the doldrums, the buck will have to rest in a place much higher than the manager's door.