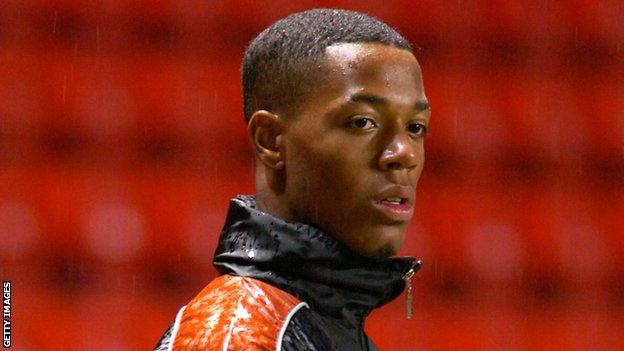 Chelmsford City shocked League One side Colchester United to reach the second round and win the first encounter between the Essex sides for 44 years.

Michael Rose pulled one back from a free-kick but Slabber's tidy finish sent the home crowd into raptures.

The last time the sides met was an FA Cup second-round tie in January 1968, which Colchester won 2-0, meaning this Essex derby had been eagerly anticipated since it was drawn out of the hat.

And despite Colchester's early possession, the home side were rarely troubled at the back, belying their position 61 places below the U's in the football pyramid.

Following Simmonds's opener, Anthony Wordsworth should have levelled, but he failed to make contact with Sanchez Watt's free-kick with the goal gaping.

Former Coventry youngster Simmonds, 24, showed his bravery for the second, taking a heavy challenge from Cousins while touching the ball past the keeper.

Rose made it interesting with his sweetly hit free-kick and Stuart Searle had to pull off a sharp save from Jabo Ibehre.

But the Clarets were able to celebrate an upset they will never forget when Slabber lashed in Simmonds's cut-back.

"It's probably the worst moment of my football career because I'm in charge - It's a dark day.

"It's a steep learning curve, but I relish the challenge and seeing how I come out of it.

"It's a setback, that's all it is. We've had them before and we'll have them again. Unfortunately, it's against a local rival and congratulations to Chelmsford, they fully deserved it.

"The effort, the commitment, the attitude, the tenacity and the bravery of Chelmsford have got them into the next round and I would not begrudge them that. They've made history."