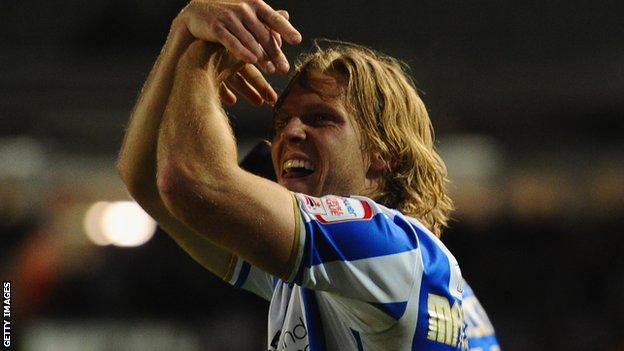 Mackail-Smith opened the scoring from the spot after Leeds captain Lee Peltier brought down Will Buckley.

Bruno's foul on Luke Varney allowed El-Hadji Diouf to equalise with a penalty before Mackail-Smith made it 2-1.

Leeds came from behind again thanks to Luciano Becchio before Kenny's heroics after Sam Byram fouled Mackail-Smith.

It meant a mixed night for Mackail-Smith, who almost joined Leeds in the summer.

Despite taking his tally to eight league goals this season, the former Peterborough striker was ultimately left frustrated as Kenny produced an excellent save to keep out his penalty.

And the result leaves Brighton, who are without a Championship win since 22 September, having taken just four points from the last seven games.

They would almost certainly have been celebrating victory but for Kenny, the former Queens Park Rangers keeper, who also produced an outstanding full-stretch save in the fifth minute of stoppage time to deny Andrew Crofts.

Leeds are now without a win in four league games but manager Neil Warnock will probably be happy with his side's battling performance.

Mackail-Smith continued his impressive record of scoring every time he has played Leeds in senior football by making the breakthrough from the spot in the 16th minute after Peltier's clumsy tackle on the lively Buckley.

Leeds responded in the 37th minute after Bruno needlessly fouled Varney in the area, allowing Diouf to score his fifth goal of the campaign.

Mackail-Smith got his second two minutes after half-time when he fired in from Buckley's pull-back before Michael Brown's curling effort found the bottom corner via a deflection off substitute Becchio.

Mackail-Smith wasted a glorious chance for a hat-trick when he missed from the spot, Kenny holding on diving to his right.

"He would say that [when told Warnock was certain Varney had been shoved for the penalty]. He is a hypocrite.

"He is on the list of hypocrites now. He's funny, Mr Warnock. Very funny. You cannot go one way only when it suits you."

"Varney got pushed, he did not dive. Gus is not happy because he wants to win a game of football.

"The referee didn't get much wrong. He's done well. It was a quick game.

"This match shows what the Championship is all about. It was a superb point for us because we were pummelled in the first 20 minutes."