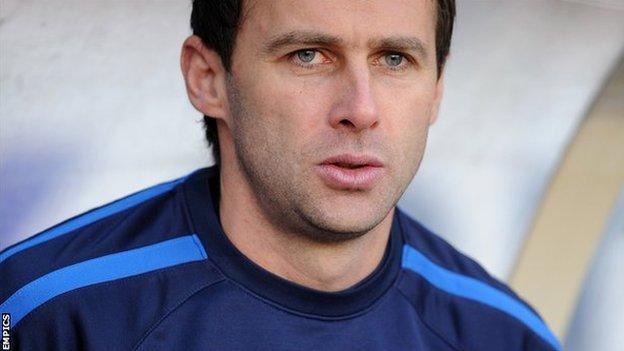 Crystal Palace have confirmed that Dougie Freedman has joined Bolton as their new manager.

He replaces Owen Coyle, after Wanderers were relegated from the top flight in May and then made a poor start to the Championship season.

Palace granted Bolton permission to speak to Freedman, 38, on Monday, having initially rejected an approach.

But a statement on the Palace website on Tuesday said the Scot had joined their Championship rivals.

"The board of the club would like to put on record their thanks to Dougie for all his efforts over the past couple of years and their disappointment over the events of the past few days.

"The search for a replacement starts immediately."

The former Scotland international led Palace to the League Cup semi-finals last season and had steered them to fourth in the Championship this term - 12 places above Bolton.

Having been on QPR's books as a youngster, he later joined Palace where he had two spells as a player.

Freedman also played for Wolves, Nottingham Forest, Leeds United on loan and Southend, where his career ended in March 2010, allowing him to return to Palace once more to join the coaching staff.