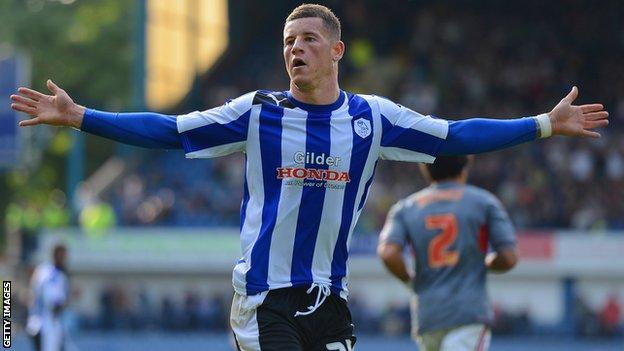 Barkley has made seven appearances for the Owls since joining them on an initial one-month loan.

And the England Under-21 international scored his first senior goal in last month's 2-1 defeat by Bolton.

He is now set to stay at Hillsborough on a week-to-week basis, which is allowed under a youth loan arrangement.

"The boy still has academy status so there's no timescale required on it, so we're lucky in one sense, but then Everton could call him back at a moment's notice if they get any injuries," said Owls boss Dave Jones.

"Ross has got better and better since he came here. The lad has a very bright future and playing games in the Championship will certainly help his development."