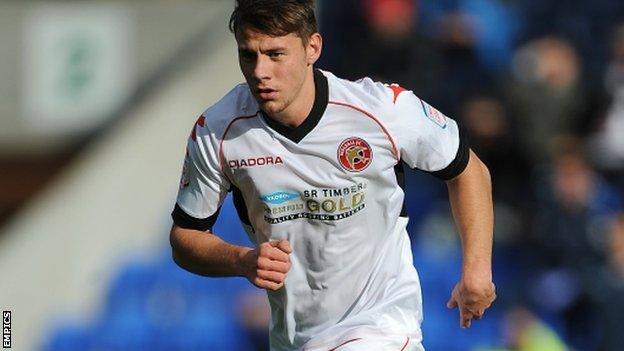 Walsall boss Dean Smith attended a workshop on Wednesday aimed at helping managers deal with the stresses and pressures of the job.

I asked the 41-year-old how he copes with them and, after a second's thought, he joked: "You buy a dog, every manager should have one."

Perhaps he picked up that tip from Roy Keane, who attended the same Pro Licence course as Smith, but after three straight league defeats the Saddlers boss could be forgiven if he took his for a long walk.

However, there is an upbeat and optimistic feel around the League One club at the moment that the downturn in form has done little to dent.

In fact, although Walsall started the season as one of the bookies' favourites for relegation they won five of their opening nine league fixtures and have looked anything but candidates for the drop so far this campaign.

They narrowly lost 2-1 against Leyton Orient at the start of October despite completing 444 passes to their opponents' 130 and were particularly unlucky to lose 1-0 at Shrewsbury on Sunday, a game that was televised live on Sky.

A few days after that defeat Smith was approached at a petrol station by a supporter of the team. The fan wanted to thank the manager for creating a side that is so easy on the eye.

Smith was previously head of youth at the club and is in his second full season in charge after taking over from Chris Hutchings. He knew all about the youngsters coming through and has crafted a youthful team that plays an attractive brand of football in either a 4-5-1 or 4-2-3-1 formation.

A regular in that line-up this season is striker George Bowerman, who has been named as the Football League Young Player of the Month for September after a spell of five goals in six games during that period.

The fact that he has been recognised for his hot-streak in September speaks volumes not only for the 20-year-old himself but for the club's young and ambitious strikeforce.

Forward Jamie Paterson, also 20 and a team-mate of Bowerman's from the Walsall youth team, has also been a regular this campaign, as has 21-year-old striker Will Grigg, who was on the bench in Porto on Wednesday as Northern Ireland drew with Portugal.

Watching the squad file in for training on Thursday, many of them looked more like a group of undergraduates turning up for lectures than a team of professional footballers, but Smith clearly has a strong belief - and arguably little choice - in selecting a youthful core of players, supplemented with experienced campaigners such as captain Andy Taylor and defender Dean Holden.

"With the cut in TV money in the summer there are budget restraints at lower league level. We have to use the youth system and bring players through," Smith told BBC Sport.

"We have got some big clubs around us in Aston Villa, Wolves, Birmingham and West Brom, so attracting younger players is difficult but what we can offer is that we will give a chance to good young players, that is our selling point."

Sedgley-born Bowerman is in his breakthrough season at Walsall after joining the club as a 15-year-old and sharpening his skills under Smith, who managed him at youth level and persuaded Hutchings to take a chance on the young striker.

"George is a natural finisher, who will stay out after training for hour after hour, working the keepers," added Smith.

"He looks untidy to the eye. He has got a funny running action but he can shift and has got better at making the ball stick up front. He is a talented footballer."

There is an infectious enthusiasm and obvious desire to succeed about Bowerman, who was used as an impact player last season but worked hard over the summer to improve his game, putting in extra training sessions and hiring a personal trainer. After training on Thursday he was heading straight to the gym for an extra weights session.

Bowerman grew up supporting Wolves and his first season as a season-ticket holder at Molineux coincided with Robbie Keane's emergence in 1998.

Bowerman's dad Alf told his son to concentrate on watching Keane, the Irishman's movement, trickery and work rate, rather than trying to take in the whole game. The young forward would then take that into his own fixtures with youth side Coseley Cobras.

Arsenal's Dennis Bergkamp is Bowerman's other role model, and he is working hard to try to add to his own game some of the creative aspects that made the Dutchman so captivating.

But when talking to Bowerman there is no doubt about what motivates the young Walsall striker.

"Anyone will tell you finishing is my main attribute, it is what comes naturally to me," said Bowerman. "I have done it every season. That is what I want to keep doing.

"I always run to my family when I score, it's a great feeling to make them proud."

Bowerman picked up a niggle at the start of the month and has not scored in his last four league and cup games.

However, he is confident of fulfilling his twin aim of finding the net on Saturday and helping Walsall return to winning ways.

The Saddlers face Crewe this weekend in a fixture that sees Bowerman come up against Max Clayton, who won the Football League young player award in August.

The match should see two youthful and attractive footballing sides produce a good advert for third-tier football - but with the Alex also in patchy form there could be a long Saturday evening walk for the losing manager's dog.