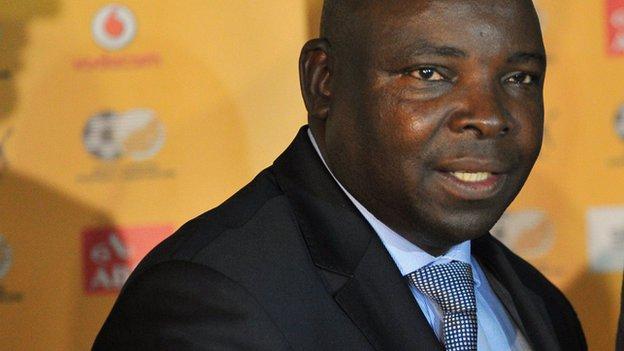 The South African Football Association has given assurances that the team are safe and in good spirits ahead of Tuesday's friendly match in Kenya.

Safa president Kirsten Nematandani said: "Security threats have never been an issue for us here.

"There's no panic. We are safe, excited about the game and raring to go."

He added that on Monday he "had a meeting with the South African embassy in Nairobi and they have assured me everything is fine".

The match will see new Kenya coach Henri Michel take charge of the side for the first time.

The Frenchman, who was appointed in August, will look to experiment with his blend of new and experienced professional players against the South Africans.

"This is our first competitive match and we want to get a win to begin our adventure on a good note. I believe that in the short time we have had, I have picked the best players for the job," said Michel.

The veteran coach has included 10 uncapped players for the friendly, with the emphasis on picking a competitive side for the upcoming African Nations Championship, which only features players who are active in the national league championships.

Kenya will face Burundi over two legs in the first round of the 2014 qualifying tournament in December and January.

South Africa coach Gordon Igesund also plans to make changes and try some of his players, who did not feature in the team's 1-0 loss to Poland in Warsaw on Friday, as he prepares his side for the Africa Cup of Nations, which will be held on home soil between 19 January and 10 February.

"I have to look at everyone. There are many players who were not here who deserve a look in. We should look at giving them a chance and see if they can stake a claim in the team," said Igesund.

"There is not a lot of time before the African Cup of Nations kicks off.