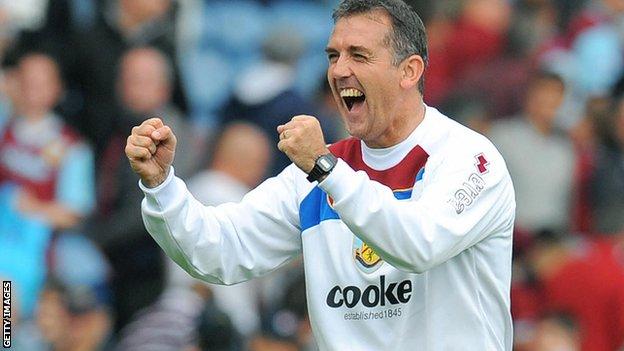 Coyle, 46, is searching for a new job after being sacked by Bolton Wanderers on Tuesday, the club he joined in 2010 after walking out on Burnley.

The Scot masterminded Burnley's promotion to the Premier League in 2009, but Hoos believes a return would not work.

Coyle took over at Turf Moor on 22 November 2007 with the Clarets 13th in the Championship. He left on 5 January 2010 with Burnley 14th in the Premier League.

"I just couldn't see how that one could happen," said Hoos.

Burnley are seeking a replacement for Howe, who left the club on Friday to return to Bournemouth.

Coyle took charge of the Clarets in November 2007 and enjoyed a successful 26 months in charge before making a controversial exit for Bolton.

"But I got enough feedback to know that there was a very bitter aftertaste and I just couldn't see a way back for that one.

"It has to be the right person - the right man for right job at the right time."