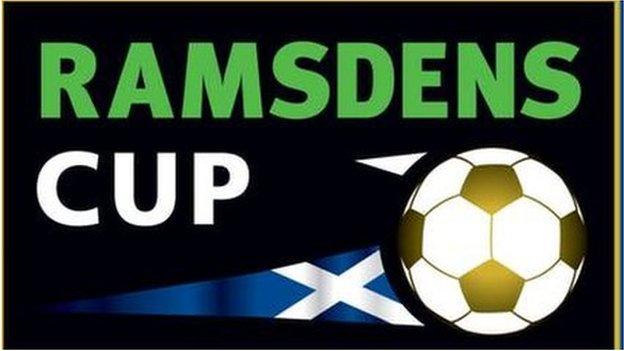 Queen of the South will be without defender Chris Higgins and winger Willie Gibson, who are both suspended, for their Ramsdens Cup semi-final.

Goalkeeper Darren Hill, with a broken arm, is Arbroath's only absentee against the Second Division leaders.

The Red Lichties are looking to reach a national cup final for the first time in their 134-year history.

But they must overcome a Queens side whose only defeat of the season came in the Scottish Communities League Cup at home to Scottish Premier League outfit Dundee United.

The Dumfries outfit defeated Rangers at Ibrox after a penalty shoot in the Ramsdens Cup quarter-final, which was still viewed as a surprise result despite the Glasgow side now playing in Division Three because of financial problems.

And Queens also hammered Arbroath, who are sitting third in Division Two, 6-0 on the Red Lichties' previous visit to Palmerston Park last month.

Queen of the South player-manager Allan Johnston: "We will need to change things about, but with so much to play for, I have a lot of players desperate to get a starting jersey.

"That should be forgotten all about."

Arbroath manager Paul Sheerin: "I am sure facing us at home would have been the choice of the other three teams at the draw.

"But we will go out looking to get to the final as it would be a massive achievement for a club of our size to get there.

"The last game, the 6-0 one, was a horrible experience at the time, but we have improved since then, so we are in with a chance."