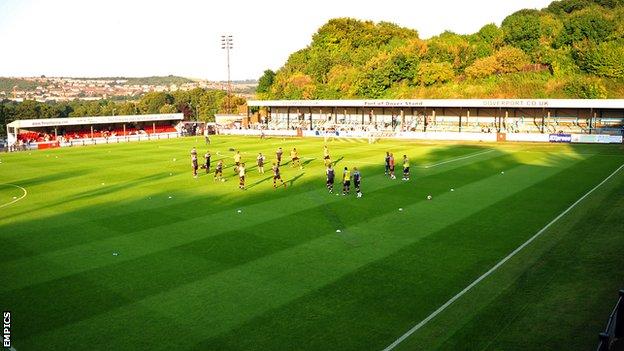 Dover chairman Jim Parmenter says the club will lose more than £4,000 after their Blue Square Bet South game away to Truro City was postponed.

Financially-stricken Truro face being expelled from the Conference and are close to liquidation.

Parmenter says they will not be able to recoup all the money they have spent on coach travel and hotel accommodation.

He told BBC Radio Kent: "It's our longest trip and we're going to have to meet the cost of most of it."

He added: "It's a 700-mile round trip with two days of coach drivers and a hotel for about 28 people.

"It's quite an expensive exercise.

"Most companies have 24-hour cancellation policies.

"We made strong representations to the Conference that we though it was completely unfair that we weren't being given more time to cancel those coaches and accommodation.

"They didn't give us confirmation of cancellation until about eight or nine o'clock on Thursday night."

Parmenter also said that Dover will also lose gate receipts they would have received from their home game against the Cornwall outfit in February.

"Every cost has an impact," he said.

"You spend the money you don't need to spend [on the trip to Truro] and no points will be gained.

"If they go into liquidation, the balancing income of the home game will not come into the club. Basically it's money wasted.

"It's a very sad situation where good clubs are being penalised for the poor running of another club."