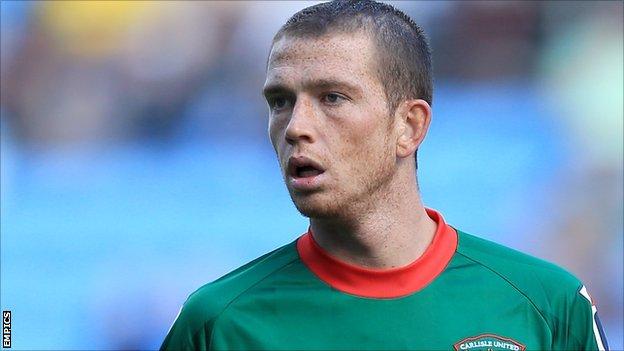 and has since scored once in four appearances for the Cumbrians.

"We need to try to make that one work," Abbott told BBC Radio Cumbria.

"I think Joe's keen, we're keen, we just need Watford to rubber-stamp that one so hopefully it will go through."

Garner, who has been limited to 27 appearances for the club since his switch to Vicarage Road in September 2011, joined Carlisle on loan to gain first-team football.

"Joe has got better since the month's gone on, in terms of his all-round game," Abbott added.

"He knows where his game is, I don't think it's where it was 18 months, two years ago, he needs regular football.

"I see an improvement in him, he's really upbeat about the game and you saw what his goal meant to him.

"He's got no edge to him, no ego, he's a street kid who loves to play football and score goals and enjoys working with decent people.

"Joe would benefit from a good spell of time with us."