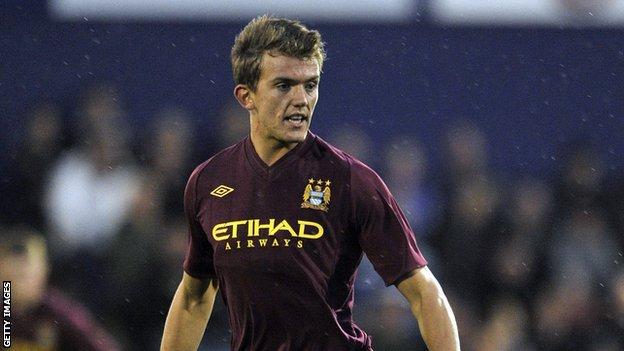 The 19-year-old has been capped four times for Wales Under-19s and seven times for the Under-17s.

He joined City from Swansea in 2009 and has since become captain of the under-21s at the Etihad Stadium.

"He is someone I think will make a big difference to our squad.

Boothroyd has been short on midfield options with