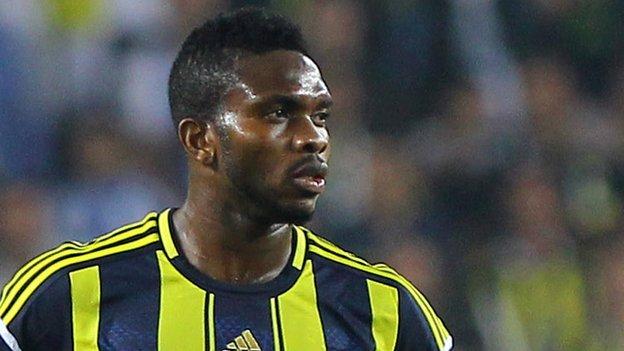 Nigeria captain Joseph Yobo is a major doubt for the Africa Cup of Nations qualifier against Liberia on Saturday after suffering a knee injury.

"Yobo is most likely to miss Saturday's game after he suffered a knee injury while in action for his club, Fenerbache," said the Nigeria team's press officer Ben Alaiya.

"He has a less than 30% chance of playing against Liberia now."

Yobo played in last month's 2-2 first-leg draw between the sides in Liberia.

However, he was replaced by Efe Ambrose in the second half.

Injury has already prevented the experienced central defender from playing in a Nations Cup qualifying play-off against Rwanda and 2014 World Cup qualifiers against Malawi and Namibia earlier this year.