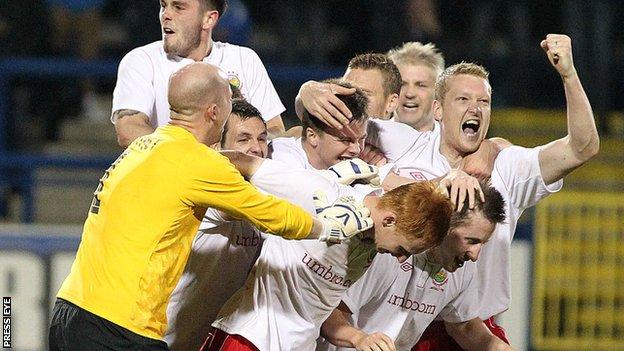 Ballymena United manager Glenn Ferguson will face his old club Linfield in the quarter-finals of the League Cup.

The other game sees Glenavon player-manager Gary Hamilton pitched against his former club Glentoran in a tasty tie at Mourneview Park.

The matches are to be played on Monday, 5 November.

Linfield grabbed a late win away to Coleraine in the third round on Tuesday thanks to Michael Carvill's extra-time goal, while Ballymena United saw off Championship side H&W Welders.

Holders Crusaders made the last eight by fighting back from 2-0 down to beat Carrick Rangers 4-3 on Tuesday night, David Gibson snatching an 89th-minute winner for Stephen Baxter's side.