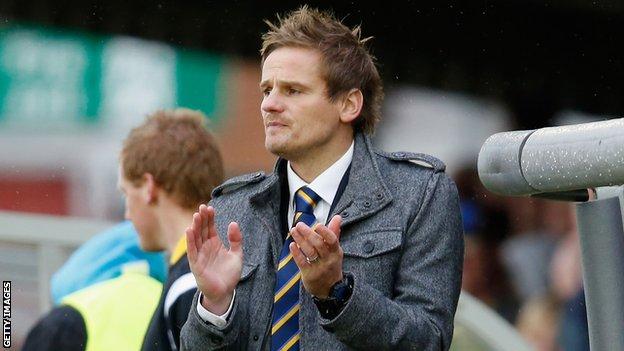 AFC Wimbledon's new manager Neal Ardley suffered defeat in his first game in charge at the hands of Cheltenham.

Byron Harrison could have put Ardley's side ahead but blasted over, a miss which was compounded when Marlon Pack volleyed in from outside the box.

Despite Ardley's side pressing for an equaliser, ex-Dons player Kaid Mohamed doubled the lead with a headed effort from Billy Jones's cross.

Harrison headed in late on, but it proved no more than a consolation.

"It was tough to be thrown in two days before the game and to have to get to know the boys.

"They gave everything out there and I can't ask for too much more.

"There were some positives, we created a lot of chances.

"We looked like we were going to score and I suppose that is a positive."

"Once we scored, it lifted them and we dropped off a little bit. We had to defend a little bit more than I wanted us to, but I think they've got good players.

"We've got a nasty habit of winning at the moment, away from home in particular, and defending for our lives. We've just got to keep that going.

"I had a chat with Marlon Pack on Monday, as I felt he wasn't as sharp as he could have been. I needed him to step up, and I thought he was outstanding.

"If we're up to third, then great. The players deserve to be there. It's up to us now to make sure we stay up there."