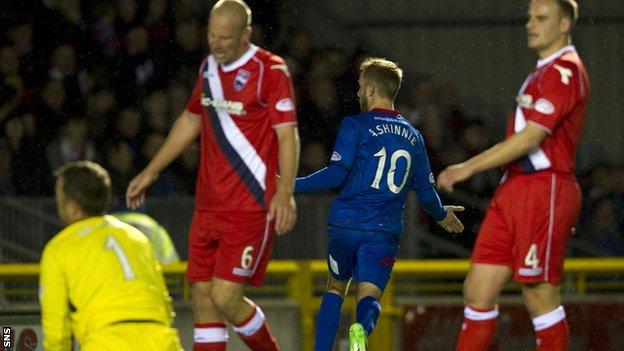 County trailed 2-0 before finding their feet at the Caledonian Stadium and reduced the deficit courtesy of Iain Vigurs's spectacular free kick.

But Aaron Doran added to goals from Andrew Shinnie and Ross Draper as the hosts secured victory.

"We've been let down by individual errors tonight," Adams said.

County, who recently boasted a record of 40 league matches unbeaten, have lost three on the bounce and have not won any of their last five in the SPL.

The County boss said his side dominated the second half and paid for not taking their opportunities when in the ascendancy.

"Maybe we didn't have enough players who wanted to get into the box at the right time," he told BBC Scotland.

"Inverness started well and we didn't cope well with that and they raced into a two-goal lead.

"It's obviously disappointing to lose to your rivals and we need to do better.

"It's going to be a good league and we have to take the positives tonight. I thought it was a good spectacle."