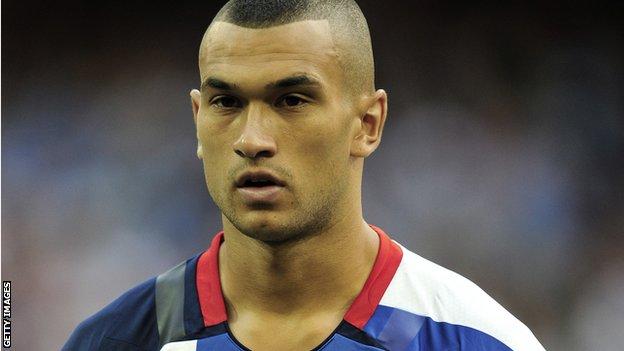 Tottenham manager Andre Villas-Boas believes defender Steven Caulker has a long international career ahead of him despite being left out of the latest England squad.

The 20-year-old has started four of Tottenham's last five games and played for Team GB at the Olympics.

He then earned a call-up to the England squad for August's friendly win against Italy.

"We certainly believe a lot in the player," said Villas-Boas.

"That's why we decided to extend his career and that's why he played at Old Trafford and against Lazio," added the Spurs boss.

"I think for Steven it will be a privilege to play for the first team of England, for sure.

"If it came sooner it would be a more important achievement, but I don't see [him being left out] as any kind of negative."

Tottenham assistant Stefan Freund recently claimed that Caulker, who spent last season on loan at Swansea, could be an ideal replacement for the now retired John Terry.

Hodgson opted for Stoke defender Ryan Shawcross in his squad for the forthcoming World Cup qualifiers against San Marino and Poland.

"I think he is showing exactly the competence and the talent that he has and he will triumph in the future," added Villas-Boas.

"[Whoever replaces Terry] is walking in the footsteps of probably the greatest English central defender in the last decade so it's a difficult position for England."