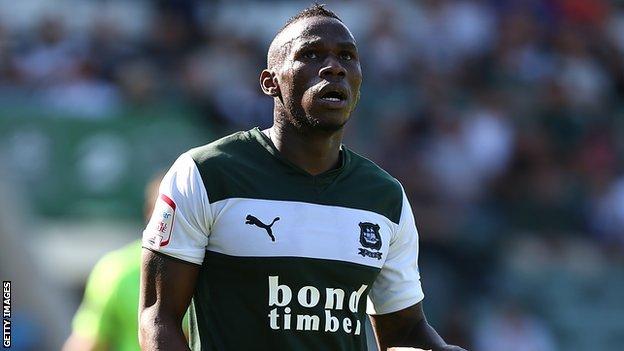 Plymouth Argyle's Zimbabwe international Onismor Bhasera says he is confident his side can qualify for the Africa Cup of Nations.

He joins up with his compatriots next week for the second leg of their qualifier against Angola with a 3-1 lead after last month's opening tie.

"We go into the game with an advantage, we just need to try and hold them off and hopefully we'll qualify."

The Argyle left-back won his 19th cap for his country in the first leg in Harare and victory will send his country to the tournament for just the third time.

"It's my country and I have to give back to the community and if am fit I'll do my duty and take part," he added.

"I also have to work hard for my club, but it's a privilege to be playing for my country."

Bhasera faces a long journey, a 13-hour flight from the UK to South Africa before another two-hour trip to his homeland.

He will join up with his team-mates for a few days before the squad makes another eight-hour journey to Luanda for the match on 14 October.

And Bhasera says he is feeling the best he has for a number of years at this stage of the season.

"It's the first time in three seasons I've not had any injuries in pre-season."