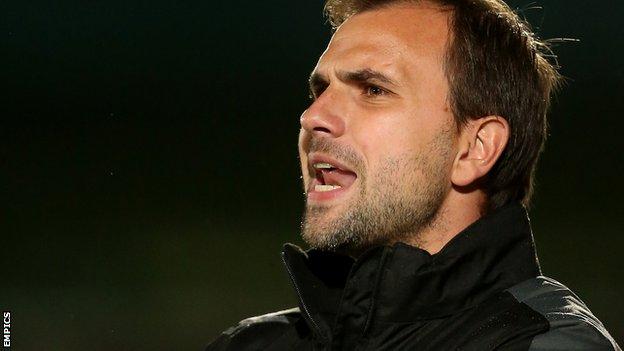 The Pilgrims are now unbeaten in four games, although they have won just one of those matches.

"These points away from home are only better if we secure three points in the next couple of weeks,"

Fletcher says his side's passing game is continuing to improve and he saw a marked rise in the second half having gone a goal behind.

"We were a little bit off it in the first half in terms of possession," he added.

"I was disappointed from our point of view to concede, but once we conceded I was pleased with the way we responded.

"We settled down a little bit and passed the ball around which was nice and created some chances where we could have scored."