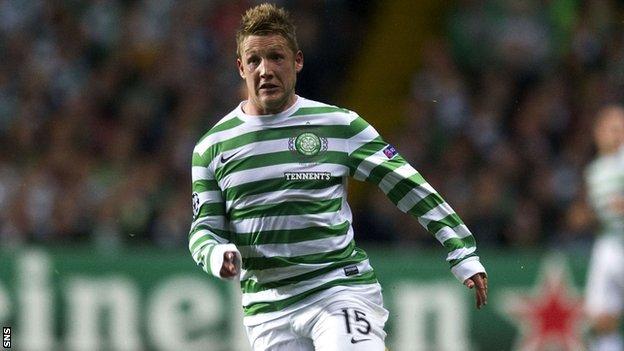 The 29-year-old has not played in Craig Levein's side since early 2011.

And, after , Levein said Commons' position was "one of the strongest areas of my team".

"Everyone seems to think I should be in the squad but the only man that doesn't want me in the squad is the manager," Commons told BBC Scotland.

"I'm still disappointed not to be involved with the squad.

"They've got to crack on and try and get a result in Wales and Belgium. So, good luck to them and hopefully I can do enough to try and get into the next squad.

"I've been called up for squads last season a couple of times and it's just one of those things.

"I've had no text message, no phone call, nothing from the SFA. It's kind of baffling for me."

After struggling for form and goals last season, Commons has started this term with five goals in 12 appearances.

He has netted twice in nine Scotland appearances since making his international debut in 2008.

"He's been really unlucky because he's playing exceptionally well," said Levein when asked about Commons not being in his squad for this month's World Cup qualifiers against Wales and Belgium.

"He just needs to keep the form he's in just now and hopefully he will be in the squad sooner rather than later."

The national coach had previously indicated there were several players ahead of Commons in the pecking order.

"If Craig Levein genuinely thinks there's seven better players than me then that's his view," added Commons, who could not pinpoint an incident or exchange which may have triggered his international exile.

"It would be nice just to tell me if I'm not in his plans. It'd be nice to try and find out if he's got a problem with my game or attitude."