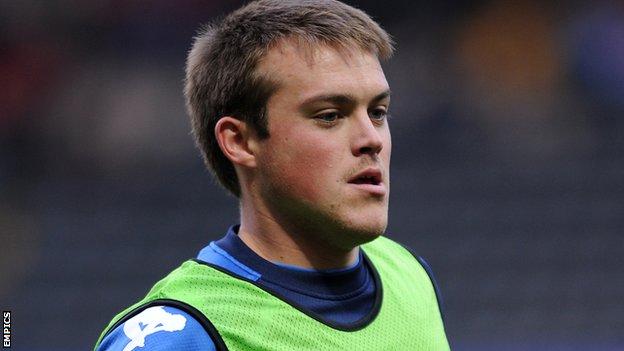 Aldershot Town midfielder Scott Donnelly has appealed to fans to show patience while the side finds form.

Shots have won only two of nine league games so far this season.

He told BBC Surrey: "It's about winning and if you don't win you're going to get stick and the fans showed their frustrations, which was understandable.

"They support us as well as any club I've ever been at. I know it's hard but if they stick by us they'll see there's no lack of effort."

Donnelly was speaking after the Shots 2-0 home defeat by York, his first game since rejoining the side on a short contract.

He said: "It was brilliant to be back playing. Performance-wise, in the first half we had a lot of the ball, played some nice stuff and created a couple of chances.

"It's my first game for ten months so, on a personal note, I'm not too disappointed but it's not about personal, it's about winning football games."