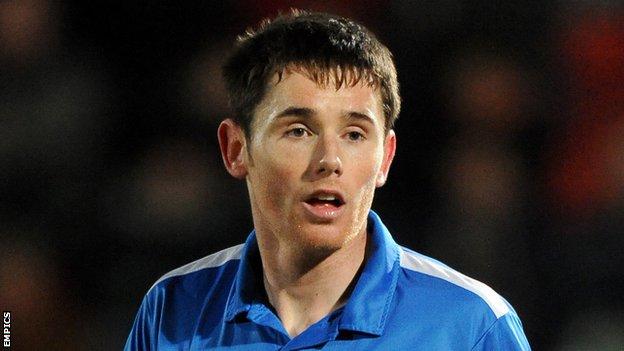 A fine strike from Greg Tansey was enough for Stevenage to pick up a win over Scunthorpe and stay second in the League One table.

Mike Grella fired over for the visitors in the first half as both sides struggled to test the goalkeepers.

Filipe Morais' tame effort was comfortably saved by Iron keeper Sam Slocombe as the second period looked to be headed the same way.

But Tansey won it with a 25-yard free kick that curled into the top corner.

"I thought we did enough to come away with something, but I've been saying that every week and we are all just so disappointed.

"I'm not going to say I feel we didn't deserve it, but that's just how it is at the moment. Obviously we have to be better.

"As we sit, we're third from bottom. It hurts me more than anybody else."