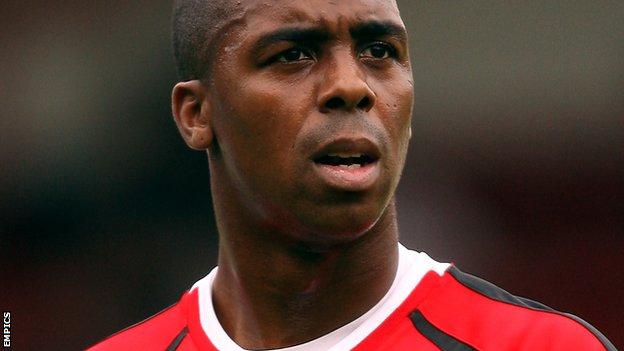 Byfield slotted home early on in the first half after Woking keeper Aaron Howe was dismissed for a professional foul on Luke Hubbins.

Woking were unable to rally from the early blow and the home side almost doubled their lead on 28 minutes but Phil Trainer fired just wide.

Telford had a late scare as striker Bradley Bubb's shot forced a fine save from keeper Ryan Young.

"I am really pleased to get three points, but we do need to be better.

"We've kept a clean sheet, but I'd be lying if I said it was an easy afternoon.

"They went for it and we could have easily lost the game today."

"When you're down to 10 men and you lose your goalkeeper after three minutes you know it's going to be a long hard afternoon.

"In the second-half I thought we absolutely battered them and their goalkeeper has made four or five really good saves and it's hard in this league.

"We certainly deserved a draw in the second half and should've won the game comfortably, but that's football."