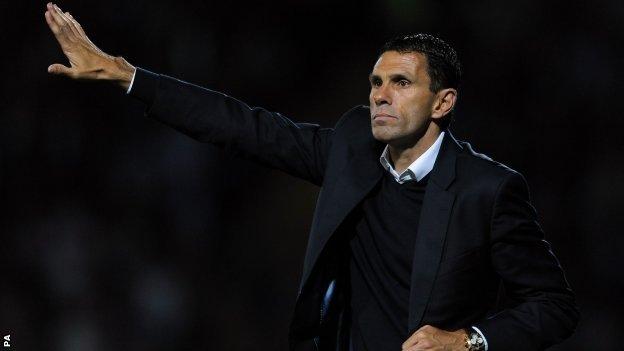 Gus Poyet's Brighton are now without a win in three as they played out a tame draw at Pride Park against Derby.

David Lopez forced Derby goalkeeper Adam Legzdins into an early save with an awkward free-kick.

Liam Bridcutt's deflected effort after the break was the closest the visitors came to a winner but it struck the bar.

Tomasz Kuszczak made two late saves to deny Derby's John Brayford and Craig Bryson as Gus Poyet's Brighton held on for a point.

Derby, who have now failed to score in their last four games against Brighton, have not beaten them at Pride Park since a 3-0 triumph in November 2004.

Brighton have now conceded just three goals in their last five away games, but their lack of victories since a five-match winning run ended in September will be a concern.

Lopez's free-kick was the first real chance of the game but despite bouncing right in front of the goalkeeper, Legzdins managed to save.

Paul Coutts pulled his 20-yard effort off target for Derby mid-way through the half before Stephen Dobbie, who replaced the injured Will Buckley in the first-half, then struck wide just before the break for Brighton.

Bridcutt hit a left-footed effort in the second-half from the edge of the area which took a wicked deflected but with Legzdins finally beaten, the ball came back off the woodwork.

Gary Dicker's corner was met by Dean Hammond but Legzdins parried away before Gordon Greer headed the rebound wide from six yards out.

Kuszczak then tipped shots from distance by Brayford and Bryson behind for corners before some late Derby pressure proved to fruitless.

"The two leading scorers [Derby's Jamie Ward and Brighton's Craig Mackail-Smith] were not on the pitch today and I would say that contributed to the 0-0 without a doubt.

"In games like that when they are so tight you need someone to do something a bit special occasionally and get you a goal from nothing and maybe there wasn't that player on the pitch to do that today.

"You are never overly satisfied with a point at home and a 0-0. But in the context of the week we've had, and the side we were up against, I thought it was a very good point."

"I'm not saying we totally deserved to beat Derby but I think we were slightly better. I think we had the best chances and the best approach play and most of the ball.

"Of course there was danger at the end with the fans and the atmosphere but I am going home relaxed today, I like what I see.

"The basics were spot on today but we are missing Macca (Craig Mackail-Smith) too much."