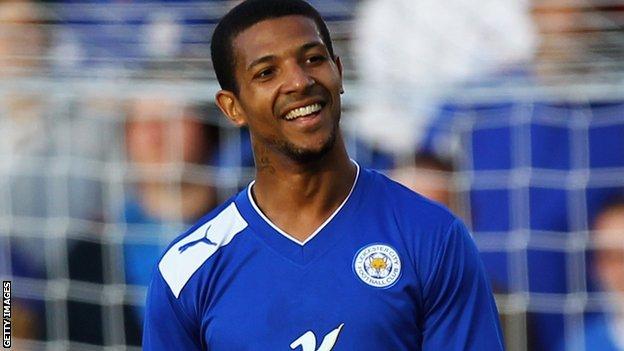 The Terriers came close to signing the 28-year-old in the transfer window, but the Foxes changed their mind

Huddersfield boss Simon Grayson said: "Jermaine is a good footballer and he adds something different to the squad.

"The players we have at the squad all have different qualities and Jermaine is a natural goalscorer."

Beckford and Grayson having worked together before at Leeds United and the striker will be a part of Huddersfield's squad for the visit of Watford on Saturday.

Grayson said: "Everyone at the club has had a tough time trying to get this deal over the line; not just on August transfer deadline day but also in the last 24 hours.

"Jermaine comes straight into the squad for Saturday's game against Watford."