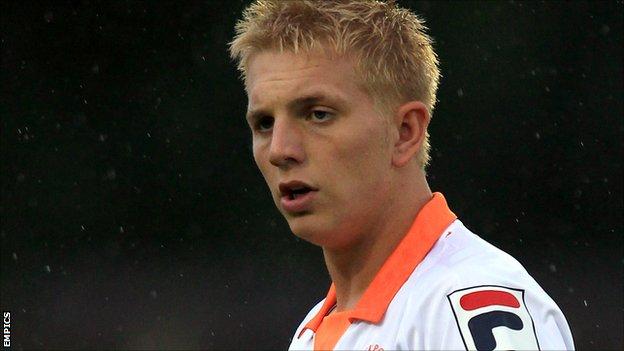 Barrow have re-signed striker Louis Almond from Championship side Blackpool on loan until New Year's Day.

The 21-year-old returns to Holker Street for a third time, having scored seven goals in 44 games in two previous spells with the club.

Almond made one appearance for his parent club against Crewe in August 2009, as well as a spell at Lincoln.

Blackpool have also granted permission for Almond to feature in FA Trophy and FA Cup games for the Bluebirds.