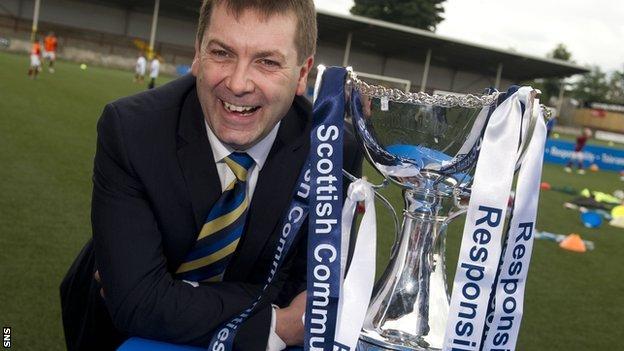 The venue for the Scottish Communities League Cup draw on 4 October has been switched from Dumbarton's stadium to Hampden Park.

Rangers are the only non-Scottish Premier League side in the last eight, following their win over Motherwell.