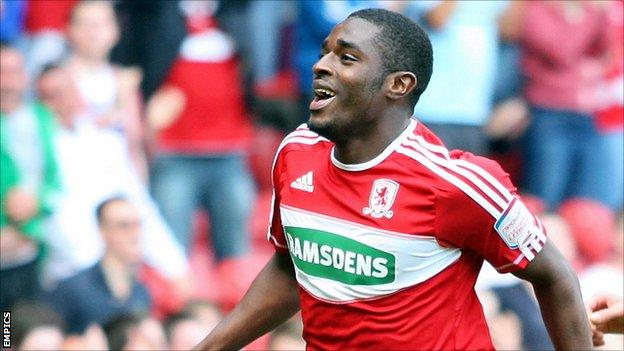 Middlesbrough forward Mustapha Carayol will be out for up to four months with a knee injury picked up in the Capital One Cup win against Gillingham.

The 23-year-old hyperextended his knee and was initially cleared after a scan, however the new assessment confirmed that surgery is likely to be required.

"He'll be a huge loss for us, I'm hugely disappointed for him," boss Tony Mowbray told BBC Tees.

"He has started his career so well and hopefully he'll come back stronger."

Gambia-born Carayol arrived at the Riverside from League Two side Bristol Rovers in August on a three-year deal.

He has since made five appearances for Boro, scoring two goals.