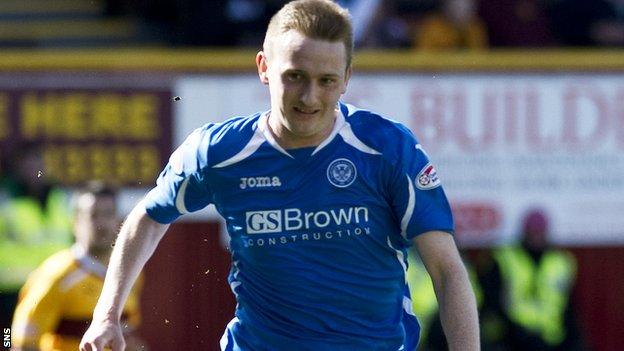 Former Hibernian player Riordan, 29, left St Johnstone at the end of last season and has joined Rovers on a short-term deal until Christmas.

He is due in court in Scotland next month for an alleged hate crime.

Eaves, 20, who has yet to play for Bolton's first team, has joined on a three-month loan deal.

He came through the Oldham youth set-up, before moving to the Reebok Stadium in 2010.

Both strikers arrive as cover for the injured Matt Harrold, who is set to miss the rest of the season.

Riordan's trial for a breach of the peace and using anti-homosexual language to door staff at an Edinburgh nightclub begins on 9 October.

Manager Mark McGhee told the club website: "We are well aware of Derek's past, however the lad has convinced me that not only does he feel strongly that he is innocent of the recent charges, but that he is looking for a way out of the cycle.

"He sees a move to Bristol Rovers as an opportunity to resurrect his career and experience football in a league he hasn't played in before.

"He won't necessarily be the hardest working player in the team, but he has great ability from set pieces and can create a goal out of nothing.

"He has a three-month contract initially so he can prove himself, but I am sure that he can provide some of the highlights of the season for us."